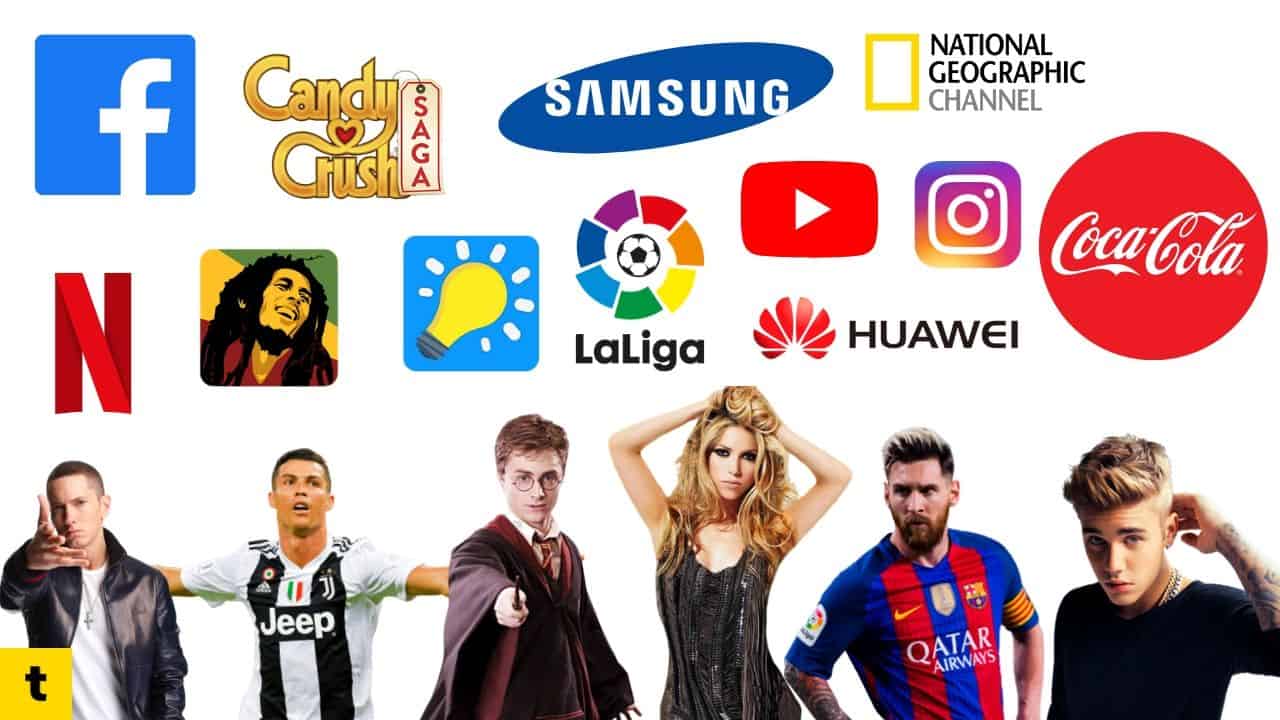 Whatsssup Ladies and Gentlemen welcome to our most interesting listing article provider toplistin.com and in this article, you will know about Top 50 Most Liked Facebook Pages. Are you excited?

There is a 0.1% chance that you are not using Facebook. We are in the era, where social media influencers and creators around us. In this modern world, people prefer Facebook more than a real friend. Now, you can understand the importance of Facebook.

On Facebook, everyone tries to get more followers and more likes daily. Because people love numbers and this is one of fact. On Facebook, The number of likes or followers indicates the interest or popularity of a specific person or a brand or product and that is why likes and followers have way much importance on social media platforms especially Facebook and Instagram. As it plays a major role in building up a reputation in the Internet world.

Anyway, We have talked much about Facebook, let see more important points.

How we are listing and where are data are obtained?

Ladies and gentlemen, the listing process going to be very easy, I’ll start with 50 and will end with 1. At the bottom, you’ll have a table in which Top 50 Most Liked Facebook Pages will be listed. Now, you might have a question that where these data are obtained from. These data are obtained from Facebook itself and from different sources. Moreover, it is a 100% accurate list.

Let’s start with the number 50.

Peter Gene Hernandez, known professionally as Bruno Mars, is an American singer, songwriter, record producer, multi-instrumentalist, and dancer. He is known for his stage performances, retro showmanship, and performing in a wide range of musical styles, including pop, R&B, funk, soul, reggae, hip hop, and rock.

Bruno Mars‘s Facebook page is used for self-promotion of events and music albums.

Blossom Facebook page is all about creative and unique DIY projects, mixed with daily life fixes that keep you and your family in mind. Consider your life hacked!

Dwayne The Rock Johnson’s Facebook page is utilized for self-promotion of product and events and brand promotion.

Huawei Mobile Facebook page is used his brand awareness and giving details about the upcoming product of Huawei to his audiences.

Stefani Joanne Angelina Germanotta, known professionally as Lady Gaga, is an American singer, songwriter, and actress. She is known for reinventing herself throughout her career and for her versatility in numerous areas of the entertainment industry.

Fast & Furious is an American media franchise centered on a series of action films that are largely concerned with illegal street racing, heists, and spies. The franchise also includes short films, a television series, live shows, video games and theme park attractions. It is distributed by Universal Pictures.

Neymar da Silva Santos Júnior, commonly known as Neymar Jr. or simply Neymar, is a Brazilian professional footballer who plays as a forward for Ligue 1 club Paris Saint-Germain and the Brazil national team. He is widely considered as one of the best players in the world.

Instagram is an American photo and video-sharing social networking service owned by Facebook, Inc. It was created by Kevin Systrom and Mike Krieger and launched in October 2010 on iOS.

Beyoncé Giselle Knowles-Carter is an American singer, songwriter, record producer, dancer, and actress. Born and raised in Houston, Texas, Beyoncé performed in various singing and dancing competitions as a child.

Do you know:- Top Best Web Series which Every entrepreneur Should Watch

The Simpsons is from Gracie Films in association with 20th Century Fox Television. The longest-running primetime scripted show in television history, THE SIMPSONS exploded into popular culture in 1990 and has remained one of the most groundbreaking and innovative entertainment franchises, recognizable throughout the world.

5-Minute Crafts is a DIY-style Facebook page owned by TheSoul Publishing, a company based in Limassol, Cyprus. There are many interesting DIY- tricks and many life hacks are posted on a Facebook page which drives millions of audiences.

Adele Laurie Blue Adkins MBE is an English singer-songwriter. After graduating from the BRIT School in 2006, Adele signed a recording contract with XL Recordings. In 2007, she received the Brit Awards Critics’ Choice Award and won the BBC Sound of 2008 poll.

VonVon Facebook page is “create fun, interactive content that people can share on Facebook.” They started originally with quizzes, though the company wanted to evolve beyond that, to make the number of time users had to spend inputting information even shorter.

Texas hold ’em is one of the most popular variants of the card game of poker. Two cards, known as hole cards, are dealt face down to each player, and then five community cards are dealt face up in three stages. The stages consist of a series of three cards, later an additional single card, and a final card.

Do you know which are:- Most Popular Music Style of 2020

Criminal Case is a detective-themed hidden object game released on November 15, 2012, for Facebook.

Katheryn Elizabeth Hudson, known professionally as Katy Perry, is an American singer, songwriter, and television judge. After singing in church during her childhood, she pursued a career in gospel music as a teenager.

The UEFA Champions League is an annual club football competition organized by the Union of European Football Associations and contested by top-division European clubs, deciding the competition winners.

Robert Nesta Marley, OM was a Jamaican singer, songwriter, and musician. Considered one of the pioneers of reggae, his musical career was marked by fusing elements of reggae, ska, and rocksteady, as well as his distinctive vocal and songwriting style.

Taylor Alison Swift is an American singer-songwriter. She is known for narrative songs about her personal life, which have received widespread media coverage. At age 14, Swift became the youngest artist signed by the Sony/ATV Music publishing house and, at age 15, she signed her first record deal.

Who doesn’t know him? Michael Joseph Jackson was an American singer, songwriter, and dancer. Dubbed the “King of Pop”, he is regarded as one of the most significant cultural figures of the 20th century and one of the greatest entertainers in the history of music.

Harry Potter is a British-American film series based on the eponymous novels by author J. K. Rowling. The series is distributed by Warner Bros

Jerusalem Prayer Team’s mission is to build Friends of Zion to guard, defend and protect the Jewish people and to pray for the peace of Jerusalem.

Manchester United Football Club is a professional football club based in Old Trafford, Greater Manchester, England, that competes in the Premier League, the top flight of English football.

Do you know which are:- Top best global brands of 2020

China Insight, Global View. Xinhua News Agency is the first port of call for the latest and exclusive China and world news.

Justin Drew Bieber is a Canadian singer, songwriter, and actor. Discovered at 13 years old by talent manager Scooter Braun after he had watched his YouTube cover song videos, Bieber was signed to RBMG Records in 2008.

Willard Carroll Smith Jr. is an American actor and rapper. In April 2007, Newsweek called him “the most powerful actor in Hollywood”. Smith has been nominated for five Golden Globe Awards and two Academy Awards and has won four Grammy Awards.

The People’s Daily is the largest newspaper group in China. The paper is an official newspaper of the Central Committee of the Communist Party of China, published worldwide with a circulation of 3 million.

Robyn Rihanna Fenty is a Barbadian singer, songwriter, actress, and businesswoman, who has been recognized for embracing various musical styles and reinventing her image throughout her career.

Do you know which are:- Most Viewed Indian Songs in First 24 Hours on YouTube

These golden arches have over 79 million followers, and their page is full of product promotions, the latest events and partnerships, and more.

YouTube’s Facebook page has attracted over 83 million followers, and they use their page to inform their audience about the latest updates and trends on their platform.

The childish Mr. Bean uses his unusual wit to fulfill everyday tasks. But more often than not, he ends up creating trouble for himself and those around him.

Marshall Bruce Mathers III, known professionally as Eminem, is an American rapper, songwriter, record producer, record executive and actor. He is one of the most successful artists of the 21st century. In addition to his solo career, Eminem was a member of the hip hop group D12.

China Daily is an English-language daily newspaper owned by the Publicity Department of the Communist Party of China and published in the People’s Republic of China.

Do you know About:- Top 10 Strongest car in the world

Lionel Andrés Messi Cuccittini is an Argentine professional footballer who plays as a forward and captains both Spanish club Barcelona and the Argentina national team.

Mark Sinclair, known professionally as Vin Diesel, is an American actor and producer. He rose to international fame with his role as Dominic Toretto in The Fast and the Furious franchise.

Tasty is one of the brand of Buzzfeed. As the name suggests, Tasty Facebook page is the place where recipes and cooking hacks related posts and videos are shared.

CGTN stands for China Global TV Network, which offers news coverage on China and the world from a global perspective and digs deep on stories that are often underreported.

Shakira’s Facebook page is used for trending talks on trending topics and for self-promotion.

Do you know:- Most disliked music videos in YouTube history

Coca-Cola utilizes his Facebook page for self-promotion through pictures and videos.

Real Madrid C.F. 4th most liked the Facebook page. This Facebook page is used to entertain large followers by uploading short clips related to football and much more cool videos.

Cristiano Ronaldo takes up a 3rd position in the most liked Facebook page in the world. He uses his Facebook page to post his pictures with audiences and for brand promotions.

Samsung snags second place for most Facebook liked pages with 159 million-plus. They use their business page to highlight the latest releases of Samsung products and publish high-quality, commercial- products, in other words, say advertisement.

Unsurprisingly, Facebook’s own business Facebook page has the most followers on Facebook. A whopping 214,385,407 followers, if we talk about exact number figure.

Facebook actively posts its own content, engaging its massive audience with questions that spark conversation and highlighting popular events and stories in their own way. Which creates hype and attracts millions of eyes.