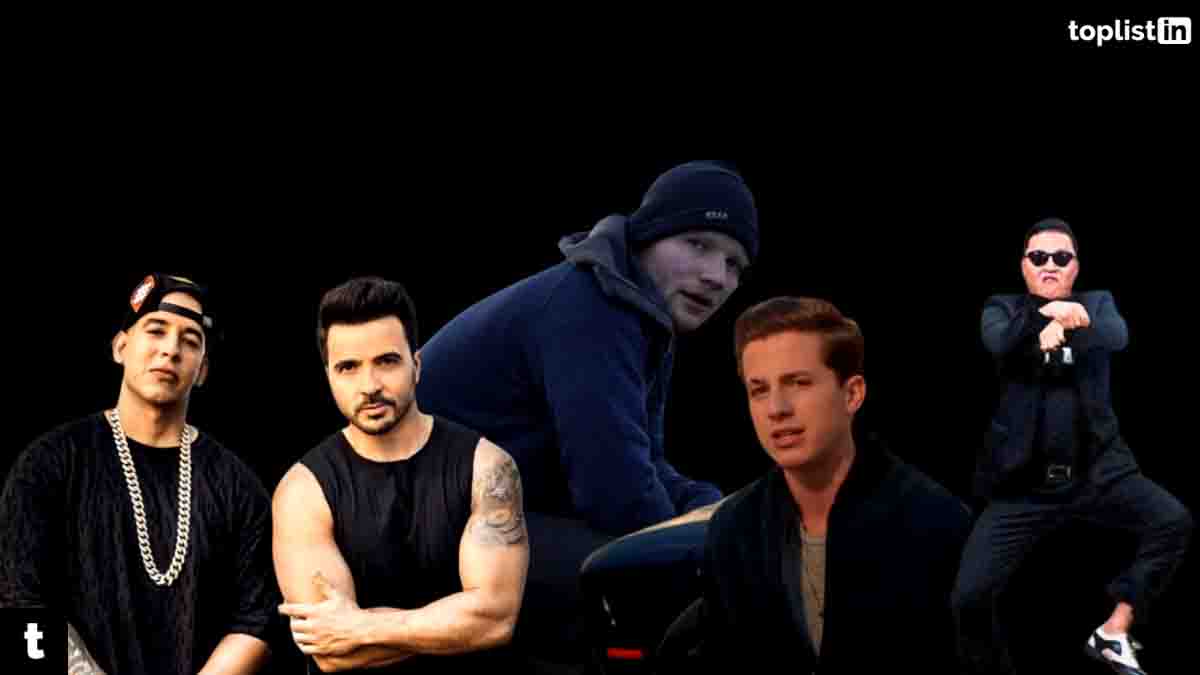 Do You use YouTube? You might say, what kind of rubbish question is this, Right? yes, it is a rubbish question. Because, nowadays, everybody uses a smartphone, therefore, YouTube is an app that is pre-installed.

So, there is no chance of not using YouTube. Let’s come to the point, tell me about the most liked video on youtube. can you? If you matched with my list then you are one of the really most active YouTube users.

As we know, YouTube has billions of monthly active users. If we talk about the estimated figure then there are 29.50 billion active monthly users.

On a daily basis, millions of people use YouTube. Millions of videos uploaded on YouTube Daily. After all, don’t you think you must know about the most liked video on youtube?

Ladies and gentlemen, Today I am going to list Top 10 Most-liked videos on YouTube history. So, read this article and take the juice from the article. If you like this article then don’t forget to clap and share it with your friends.

Before moving to list, Let talk about the listing method. There is no special kind method of listing. However, the number of likes would have got a single video on YouTube, the listing will be done accordingly.

At last, you will get a list in which Top 10 Most liked videos of youtube will be listed with the total numbers of likes.

All pictures are a snapshot from the official video. As soon as you click on the image, you will be redirected to the song.

let’s wear the searching glasses and find out the most liked video of YouTube.

“Despacito” is the most-liked youtube video that resulted in 1st in the list and not only this, it is the most viewed video in YouTube history. Despactio video published on Jan 13, 2017, and so far total views of this video are 6,621,076,288.

Despacito specialty is that no one understands the lyrics of this song but still people love to listen time and again. There are 98% chances that you have to listen to this song. The maximum views gather by Despacito song is 25,794,523 million on Aug 5, 2017.

Why is Despacito so famous?

Luis Fonsi stated that he made “Despacito” a danceable song because “Latinos are known for being happy people” and that he feels the need for happy music. He added that the “urban feel” in the song’s rhythm is the type that “Latinos breathe in and out” and that it is “a synonym of the party.”

Why is “see you again” so popular?

For this song also, one question can be raised. Why this song this so much popular among the people or say on YouTube. For finding the answer, I came to the conclusion that there are two reasons.

The first reason, for most liked video on youtube is that this music video belongs to The Fast and Furious Movie. Moreover, this movie is one of the most popular Action movies in Hollywood. Almost all the series of Fast and Furious movies perform very well in the world.

The second reason, for most liked videos on youtube. which might you don’t know before? This song was written and composed as a tribute to Paul Walker (1973–2013) who died in a car crash in 2013.

He was filming for the seventh installment of the famous film franchise, The Fast And The Furious. His death came as a shock to many people and that’s when they released this song to tribute Paul Walker.

The third video which is most liked on youtube is Shape of You, it has received almost 22 million likes so far. This song was released on Sheeran’s channel on Jan 30, 2017.

In the music video, there is a sweet romantic tale between two boxers preparing at a similar exercise, yet then it sort of has this peculiar end where Sheeran’s character winds up in a sumo wrestling. However, his character didn’t really prepare for it.

Why is shape of you so popular?

Answer to this question is very simple, The lyric of this song is well written and the song is composed in a better way than ordinary music. This song is loaded with melody and vocals are powerful with energetic upbeats – which makes this song more impactful.

The fourth song is “Faded” which is the most liked video on youtube. This song has received over 18 million likes. “Faded” is a hit song by Norwegian record producer and DJ Alan Walker.

Including vocals provided by Norwegian singer Iselin Solheim. This song was uploaded on Alen Walker official channel on Dec 4, 2015.

This song nominated for

Why faded song is so popular?

I tried to find the reason for being popular for this song. Sadly, any specific answer I did not get. There could be various reasons but which is the most prominent reason is not known.

Alen Walker also makes music and uploads on NCS which is the most famous YouTube Channel which gives access to the people to use their song freely without any copyright issue. So, this could be the reason for most liked video on youtube.

The fifth most liked received video is “GANGNAM STYLE“. This song was uploaded on May 31, 2018, and so far it has gained over 17 million likes.

What is Gangnam Style means?

“Gangnam Style” is a South Korean neologism that refers to a lifestyle associated with the Gangnam District of Seoul, where people are trendy, hip and exude a certain supposed “class”.

Why is Gangnam style so popular?

The music video is a catchy one. If you have watched then surely, you would have noticed. Well, Lyric of the Gangnam style is rhythm, simple and repetitive. The lyric and music video is different from the typical song.

There are few funny scenes which attract the eyes of the people. Look at above, how many awards has got this music video. Total 12 award won this music video and that’s why it is one of the most liked videos on youtube.

The sixth video which has received a ton of likes and became the most liked video on youtube is “Girls Like You” This music video was uploaded on May 31, 2018.

There is no doubt about being this song on the list. Because many of the American band Maroon 5 videos have got a lot of likes.

“Girls Like You” is a song recorded by American band Maroon 5 from their sixth studio album Red Pill Blues (2017). The track was written by lead singer Adam Levine, Starrah, Gian Stone, Cirkut, and Jason Evigan, with the latter two serving as producers.

The reason for being popular for this song is that in the video many people did cameo-like Jennifer Lopez, Lilly Singh, Mary J. Blige, Aly Raisman, and Gal Gadot and more famous personality.

If may also read this list: Top 10 Most Popular sci-fi Movies of All Time in 2020

The seventh video which is the most liked video on youtube is “hello” which has received over 15 million likes. It was uploaded on Sep 23, 2015. This music video is a sad song.

which well demonstrated on the screen. While watching this song you’ll feel like you came in the sepia-toned world. The lovely voice of ADELE makes it more interesting to this song.

Why Hello song is so popular?

What makes Adele’s song so popular. This song is very well-delivered, figuring out how to catch each adjustment in unique inside Adele’s delightful voice, which effectively communicates to audience members her sentiments of love and misfortune with boatloads of weakness and trustworthiness.

After having 11 awards, there should be a doubt for this song in the most liked video on the youtube list.

The “eighth” video which is the most liked video on youtube and received the maximum number of likes is the “Alone” song of Marshmello. It was uploaded on July 2, 2020.

It portrays a forlorn high schooler who doesn’t exactly fit with his friends at school yet is at long last ready to associate with them through the making of his own music.

The video has a touch of an after-school, yet it’s really pleasant to see the principle character become acknowledged by his classmates by means of his own self-articulation, instead of by complying with his future companions’ affections.

Why Alone song is so popular?

The crisp and clear answer to the question is the story of the music video and the beat of the song which gives an exceptional vibe. That’s the reason for most liked videos on youtube.

The ninth most liked gained video of YouTube is “Shawn Mendes, Camila Cabello – Señorita” song. This song is a few months back and brushed in terms of likes and views. This resulted in the 9th position in Most liked videos in the YouTube history list.

Why Señorita song is so popular?

Senorita’s song is a romantic music video. In the video, you will get to see the chemistry between Shawn Mendes and Camila Cabello, the song was bound to be a bit. Señorita has catchy tunes, hooked on lyrics not to mention the extremely raspy voices of Camilla and Shawn combined with summer feeling in it.

There was a rumor after this song, Shawn Mendes and Camila Cabello are dating.
It’s intriguing, sensual and dances, all of which favors it to be a hit and gain maximum number of likes and views. This is the reason for being the most liked youtube video in history.

The tenth most liked video on youtube is “Uptown Funk” is a pop song that is a different genre on the list. It’s a catchy one, upbeat, has fun lyrics with a bit of bravado, and it’s just retro enough to appeal to older.

This music video gives feel you reached in the 90s. However, it is one of a great song, completely different from other songs which is listed.

Why Uptown Funk is so popular?

We have seen in the list that all the video which have received maximum likes are music video. So, getting likes is only possible on music videos.

I don’t think in the coming time, other than Music videos will get maximum likes. What do you think about the most liked video in youtube history?

I already told, why this is so popular. which one is your favorite. You can share your thoughts and suggestion by contacting us.